Find the best mobile bingo sites and apps, ideal for playing your favourite bingo games while on the go.

By now, you’re probably sick and tired of being stuck indoors, sheltering from the relentless wind, rain, snow, and cold temperatures. We know we are. Despite Spring now being within reach, if cabin fever has set in it might be worth considering mobile bingo sites. Bingo is a game that has been enjoyed for centuries, and it’s safe to say that in the UK, it is especially popular and has a very special place in our hearts. Over the years, it’s safe to say that bingo has changed massively, and whereas years ago it was exclusive to cold, damp, dark, and fusty bingo halls, things now are very different. Heaps of money has been invested into the bingo industry, and with upmarket bingo halls, like those associated with Mecca Bingo, it has certainly undergone quite the facelift. By far, the most prominent change in the world of bingo, is the creation and advancements of mobile bingo sites. If you feel like a game of bingo on your mobile, here’s everything you need to know about mobile bingo sites.

A quick history of bingo

Before we start looking at online bingo, we first need to take you back in time to look at the history of this enjoyable, and hugely addictive game. Bingo is not a new game, in fact, it’s been a British staple for close to a century now. Bingo’s lineage, however, can be traced back far more than that. Bingo actually has Italian ancestry, as it is derived from an Italian lottery-style game known as ‘Lo Giuoco del Lotto D’Italia’ in 1530. In the 1600s, it made its way to France, where it became known as Le Lotto. In the 1900s, the game reached North America, though it was known as ‘beano’. It was originally played at a carnival in Atlanta. A man named Edwin S. Lowe, who was a toy salesman from New York, renamed it ‘Bingo’, after somebody called out ‘Bingo’ by mistake, instead of ‘Beano.’ He hired a man to create bingo cards to increase the combinations and the game grew in popularity, especially in churches and retirement homes. The game made its way over to Europe, and shortly after WW2, it really took off in the UK.

How to choose a mobile bingo site

In this next section, we’re going to share a few tips with you on how to choose a mobile bingo site. When you play bingo, you want to be safe, secure, you want to have fun, and you want to stand a good chance of winning. These tips should help you find the right site.

Buzz Bingo has no so long ago been completed rebranded as part of the Gala Bingo brand. This brought a fresh, modern, and clean look to the table with a brand new partnership with industry software leaders Playtech.

You may have guessed it already, however, ‘Sun Bingo’ is actually run by the same people who run the popular newspaper. It almost seems everyone is catching on to the recent bingo craze of the current point in time. This does not go to say it is a bad thing, it merely means avid bingo players have many options on where to place their eggs.

Blighty Bingo is licensed by the UK Gambling Commission and was established in 2017. It is the latest addition to the Dragonfish Network. It boasts a great welcome offer and has loads of bingo games on offer.

First and foremost, when choosing a mobile bingo site, safety should be your number one priority. When you play bingo, you will likely be playing for money, and consequently, you’ll need to upload your card/bank/payment details to deposit and withdraw funds. The last thing you want is for these details to fall into the wrong hands. Look for a site with the secure padlock symbol, do a quick online search to make sure there have been no data breaches in the past, and trust your instincts.

Is it mobile optimized?

Right now, there is literally no reason for an online casino, bingo site, or any other site for that matter, to not be optimized for mobile phones. Most of us now do most of our browsing on our phones, rather than on computers, which is why the bingo site must be mobile optimized. If it isn’t, and you can’t actually see everything on the screen of your device without zooming in and out, find a site that is.

Sometimes, the speed in which the site loads and runs will depend on your internet connection, but if you know you’ve great connection speeds, take a look at how quick or how slow the site itself is running. If it is taking an age to load, your bingo playing experience will be stressful, rather than enjoyable. You want a site that is fast and responsive.

Thanks to just how far we’ve advanced technologically, there are now more options to deposit and withdraw funds than ever before. When you use an online bingo site, you want one with plenty of options. As well as debit and credit cards, you’ll want other options such as PayPal, PaySafe, Skrill, Neteller, Apple Pay, and so on. Some may even accept Bitcoin and other cryptocurrencies.

Never ever underestimate the importance of good customer service. Online bingo sites, and websites in general, are great until something potentially goes wrong, and you need help from people that work there. The last thing you want is to find that you’re having an issue with your account, and are waiting an age to receive a reply from customer service. Ideally you want an online bingo site that offers friendly, professional, and efficient customer service.

One of the main reasons why online bingo, and online gambling in general, has taken off so much over the years, is because of the social options it offers. As well as playing bingo, you might also want to interact with your opponents, or just have a chat in the lobby, via the online chatrooms. Most good mobile bingo sites offer plenty in terms of social options, so you can interact with real people from all over the world. 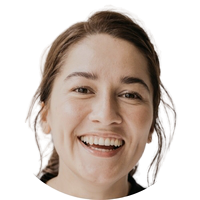 Sarah Price is a well know expert in the field of Online Bingo. She began her career with an MSc in Computing and IT from Cardiff University before working within the industry with names like Foxy and 888Ladies.